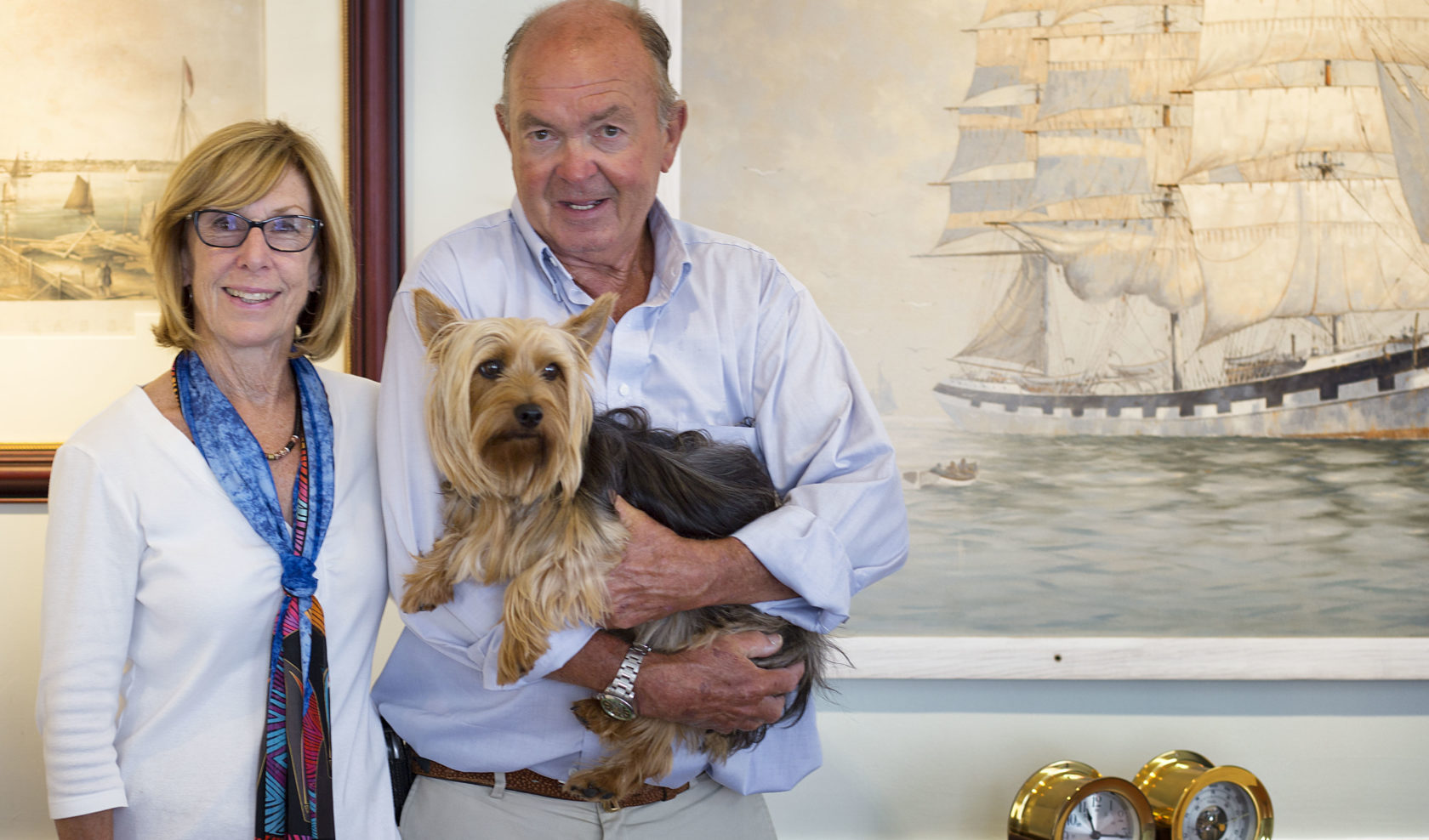 Front Street Fine Arts was founded in 2008. The gallery's current inventory consists of approximately 40 original paintings along with other unusual items of historical interest.

Roger and Diane have been around the water all their lives. Diane grew up in Fairhaven, Massachusetts — the waterfront town where artists like Gifford, Bradford, and Eldred were born and created their work. When Roger moved to Fairhaven in 1984, he lived across the street from where C.H. Gifford once had his studio.

They began their collection with a C.H. Gifford oil painting of sailing vessels off Fairhaven’s Fort Phoenix and a watercolor of Martha’s Vineyard. As Roger and Diane’s interest and appreciation of these artists’ works grew, they continued to purchase paintings from private sales, estate sales, and art galleries throughout New England, including the New Bedford Art Museum’s 2007 C.H. Gifford summer gallery exposition.

Front Street Fine Arts was founded in 2008 after Roger sold Fairhaven Shipyard, which he operated for 21 years. The gallery inventory consists of approximately 40 original works that Roger and Diane selected themselves, along with other unusual items of historical interest.

Roger and Diane welcome you to enjoy their collection by contacting the gallery for a showing.