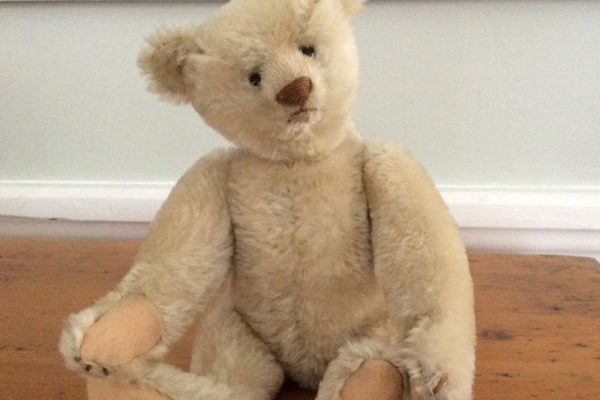 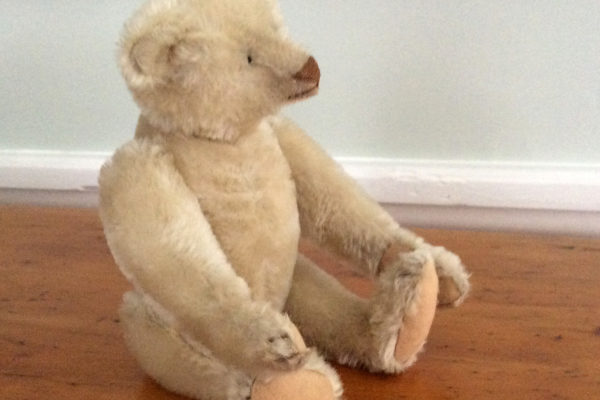 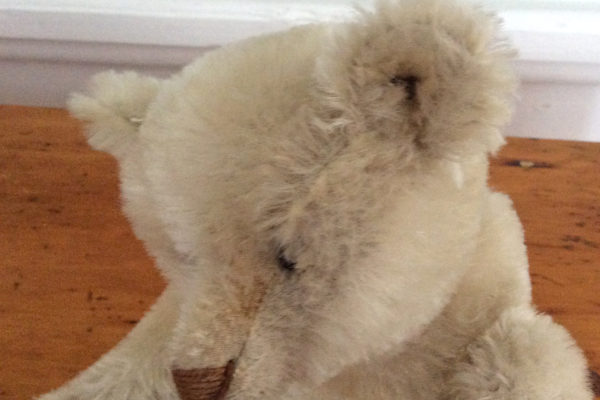 This is an original early white mohair Steiff bear with a delightful tilted head expression.

Margarete Steiff was born in Germany in 1847. She developed polio as a young child, and her parents were concerned she would suffer a life of dependency on others. So her father sent her to school to train as a seamstress. She made felt clothing and became interested in small stuffed animals. Her first was an elephant, and from there her creations continued.

In 1902, the teddy bear was born. Three thousand of her bears were ordered brought to the United States, and they were named "teddy bears" after President Theodore Roosevelt. To protect the integrity of Steiff Bears, the "button in the ear" was created and is a distinctive mark to ensure a true Steiff.

This bear is an original early (1907) white mohair Steiff bear with an ear button, felt pads, jointed arms and legs, and a delightful tilted head expression. Excellent condition – preserved under a glass dome.